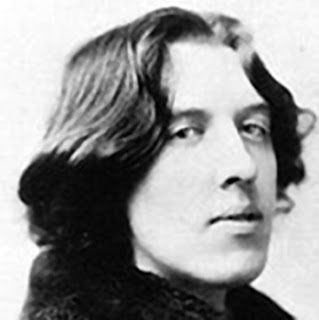 Oscar Fingal O'Flahertie Wills Wilde (16 October 1854 – 30 November 1900) was an Irish writer, poet, and prominent aesthete; who, after writing in different forms throughout the 1880s, became one of London's most popular playwrights in the early 1890s. Today he is remembered for his epigrams, plays and the tragedy of his imprisonment and early death.

Wilde's parents were successful Dublin intellectuals, and from an early age he was tutored at home, where he showed his intelligence, becoming fluent in French and German. He attended boarding school for six years, then matriculated to university at seventeen years of age. Reading Greats, Wilde proved himself to be an outstanding classicist, first at Dublin, then at Oxford. His intellectual horizons were broad: he was deeply interested in the rising philosophy of aestheticism (led by two of his tutors, Walter Pater and John Ruskin) though he also profoundly explored Roman Catholicism and finally converted on his deathbed.

After university Wilde moved to London, into fashionable cultural and social circles. As a spokesman for aestheticism, he tried his hand at various literary activities: he published a book of poems, lectured America and Canada on the new "English Renaissance in Art," and returned to London to work prolifically as a journalist for four years. Known for his biting wit, flamboyant dress, and glittering conversation, Wilde was one of the best known personalities of his day. At the turn of the 1890s, he refined his ideas about the supremacy of art in a series of dialogues and essays; though it was his only novel, The Picture of Dorian Gray, which brought him more lasting recognition. The opportunity to construct aesthetic details precisely, combined with larger social themes, drew Wilde to writing drama. He wrote Salome in French in Paris in 1891, but it was refused a licence. Unperturbed, Wilde produced four society comedies in the early 1890s, which made him one of the most successful playwrights of late Victorian London.

At the height of his fame and success—his masterpiece, The Importance of Being Earnest, was still on stage in London—Wilde sued his lover's father for libel. After a series of trials, Wilde was convicted of gross indecency with other men and imprisoned for two years, held to hard labour. In prison he wrote De Profundis, a long letter which discusses his spiritual journey through his trials, forming a dark counterpoint to his earlier philosophy of pleasure. Upon his release he left immediately for France, never to return to Ireland or Britain. There he wrote his last work, The Ballad of Reading Gaol, a long poem commemorating the harsh rhythms of prison life. He died destitute in Paris at the age of forty-six. 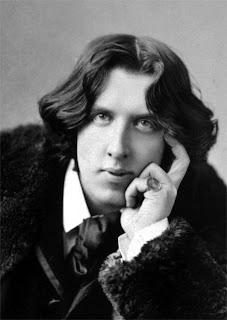 By 25 November Wilde had developed cerebral meningitis and was injected with morphine, his mind wandering during those periods when he regained consciousness. Robbie Ross arrived on 29 November and sent for a priest, and Wilde was conditionally baptised into the Catholic Church by Fr Cuthbert Dunne, a Passionist priest from Dublin (the sacrament being conditional because of the doctrine that one may only be baptised once — Wilde having a recollection of Catholic baptism as child, a fact later attested to by the minister of the sacrament, Fr. Lawrence Fox). Fr Dunne recorded the baptism:

As the voiture rolled through the dark streets that wintry night, the sad story of Oscar Wilde was in part repeated to me....Robert Ross knelt by the bedside, assisting me as best he could while I administered conditional baptism, and afterwards answering the responses while I gave Extreme Unction to the prostrate man and recited the prayers for the dying. As the man was in a semi-comatose condition, I did not venture to administer the Holy Viaticum; still I must add that he could be roused and was roused from this state in my presence. When roused, he gave signs of being inwardly conscious… Indeed I was fully satisfied that he understood me when told that I was about to receive him into the Catholic Church and gave him the Last Sacraments… And when I repeated close to his ear the Holy Names, the Acts of Contrition, Faith, Hope and Charity, with acts of humble resignation to the Will of God, he tried all through to say the words after me.
Wilde had flirted with the Church all his life, expressing his intention to convert a number of times including a discussion with a journalist after his release from custody about his romance with the Church, "I intend to be received before long."

Wilde died of cerebral meningitis on November 30, 1900. Different opinions are given as to the cause of the meningitis; Richard Ellmann claimed it was syphilitic; Merlin Holland, Wilde's grandson, thought this to be a misconception, noting that Wilde's meningitis followed a surgical intervention, perhaps a mastoidectomy; Wilde's physicians, Dr. Paul Cleiss and A'Court Tucker, reported that the condition stemmed from an old suppuration of the right ear (une ancienne suppuration de l'oreille droite d'ailleurs en traitement depuis plusieurs années) and did not allude to syphilis.

Wilde was initially buried in the Cimetière de Bagneux outside Paris; in 1909 his remains were disinterred to Père Lachaise Cemetery, inside the city. His tomb was designed by Sir Jacob Epstein, commissioned by Robert Ross, who asked for a small compartment to be made for his own ashes which were duly transferred in 1950. The modernist angel depicted as a relief on the tomb was originally complete with male genitalia which have since been vandalised; their current whereabouts are unknown. In 2000, Leon Johnson, a multimedia artist, installed a silver prosthesis to replace them.

The epitaph is a verse from The Ballad of Reading Gaol:


And alien tears will fill for him
Pity's long-broken urn,
For his mourners will be outcast men,
And outcasts always mourn.

Posted by Poe Forward at 8:53 AM No comments: 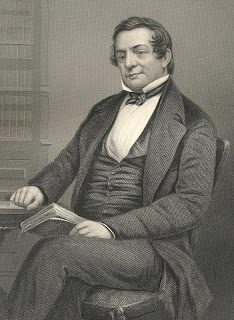 Washington Irving (April 3, 1783 – November 28, 1859) was an American author, essayist, biographer and historian of the early 19th century. He was best known for his short stories "The Legend of Sleepy Hollow" and "Rip Van Winkle," both of which appear in his book The Sketch Book of Geoffrey Crayon, Gent. His historical works include biographies of George Washington, Oliver Goldsmith and Muhammad, and several histories of 15th-century Spain dealing with subjects such as Christopher Columbus, the Moors, and the Alhambra. Irving also served as the U.S. minister to Spain from 1842 to 1846.

He made his literary debut in 1802 with a series of observational letters to the Morning Chronicle, written under the pseudonym Jonathan Oldstyle. After moving to England for the family business in 1815, he achieved international fame with the publication of The Sketch Book of Geoffrey Crayon, Gent. in 1819. He continued to publish regularly—and almost always successfully—throughout his life, and completed a five-volume biography of George Washington just eight months before his death, at age 76, in Tarrytown, New York.

Irving's grave, marked by a flag, in Sleepy Hollow Cemetery, Sleepy Hollow, New York.Returning from Spain in 1846, Irving took up permanent residence at Sunnyside and began work on an "Author's Revised Edition" of his works for publisher George Palmer Putnam. For its publication, Irving had made a deal that guaranteed him 12 percent of the retail price of all copies sold. Such an agreement was unprecedented at that time. On the death of John Jacob Astor in 1848, Irving was hired as an executor of Astor's estate and appointed, by Astor's will, as first chairman of the Astor library, a forerunner to the New York Public Library.

As he revised his older works for Putnam, Irving continued to write regularly, publishing biographies of the writer and poet Oliver Goldsmith in 1849 and the 1850 work about the Islamic prophet Muhammad. In 1855, he produced Wolfert's Roost, a collection of stories and essays he had originally written for Knickerbocker and other publications, and began publishing at intervals a biography of his namesake, George Washington, a work which he expected to be his masterpiece. Five volumes of the biography were published between 1855 and 1859. Irving traveled regularly to Mount Vernon and Washington, D.C. for his research, and struck up friendships with Presidents Millard Fillmore and Franklin Pierce.

He continued to socialize and keep up with his correspondence well into his seventies, and his fame and popularity continued to soar. "I don’t believe that any man, in any country, has ever had a more affectionate admiration for him than that given to you in America," wrote Senator William C. Preston in a letter to Irving. "I believe that we have had but one man who is so much in the popular heart." By 1859, author Oliver Wendell Holmes, Sr. noted that Sunnyside had become "next to Mount Vernon, the best known and most cherished of all the dwellings in our land."

On the evening of November 28, 1859, only eight months after completing the final volume of his Washington biography, Washington Irving died of a heart attack in his bedroom at Sunnyside at the age of 76. Legend has it that his last words were: "Well, I must arrange my pillows for another night. When will this end?" He was buried under a simple headstone at Sleepy Hollow cemetery on December 1, 1859.

Irving and his grave were commemorated by Henry Wadsworth Longfellow in his 1876 poem, "In The Churchyard at Tarrytown," which concludes with:


How sweet a life was his; how sweet a death!
Living, to wing with mirth the weary hours,
Or with romantic tales the heart to cheer;
Dying, to leave a memory like the breath
Of summers full of sunshine and of showers,
A grief and gladness in the atmosphere.

Posted by Poe Forward at 8:52 AM No comments: