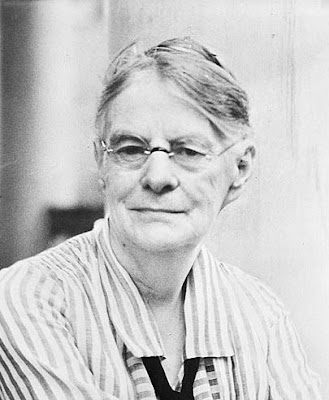 Lizette Woodworth Reese (January 9, 1856 – December 17, 1935) was an American poet. Born in the Waverly section of Baltimore, Maryland, she was a school teacher from 1873 to 1918. During the 1920s, she became a prominent literary figure, receiving critical praise and recognition, in particular from H. L. Mencken, himself from Baltimore. She has been cited as an influence on younger women poets and has been compared to Emily Dickinson.

Lizette Woodworth Reese was born and raised in Waverly, Maryland, just off the road that ran between Baltimore and York, Pennsylvania. She began her teaching career at age 17 at nearby St. John's Episcopal Church's parish school and in 1901, moved to Baltimore's Western High School, where she taught English until she retired in 1921.

Johns Hopkins University professor and long-time acquaintance David M. Robinson described her this way: "With her sound-minded simplicity, [she] seemed to me like a charming child. But she had a genial humanism equal to that of the ancient Greeks… She was a lovely little lady with a staccato touch in her voice and sometimes a lively, lilting lisp. But she had a wonderful, strong, and fearless personality."

Poet Amy Lowell said that Reese's poem "Tears" was "as fine a sonnet as any by Elizabeth Barrett Browning." That poem was first published in Scribner's magazine. Reese said that the check from Scribner's arrived just a few hours after her father's death, "as the crape was being hung from the door."

Reese lived in her childhood home until her mother died, lived the last 20 years of her life with her sister's family, and died at Church Home and Infirmary (as did Edgar Allan Poe 90 years earlier). She's buried in her old neighborhood—now in the heart of Baltimore—in the graveyard next to St. John's Church. 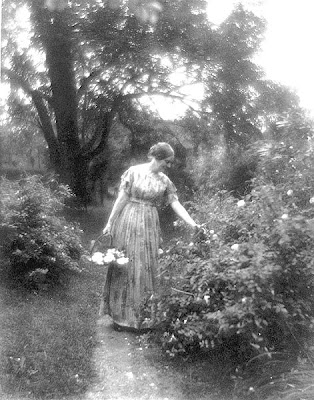 Although relatively unknown today, Reese was a popular American poet during the late Victorian and Edwardian periods. Praised for her concise style, her emotional yet never sentimental voice, and her nostalgic subjects, Reese earned a devoted following among critics and the public throughout her life. However, with the advent of modern poetic styles and her death, Reese faded into relative obscurity. Today she is known primarily as a transitional writer, bridging the gap between the Victorian and modern poets. In addition to her poetry, Reese published three books of recollections of late nineteenth-century small town life.

Reese was born in the small Maryland town of Waverly, then known as Huntingdon, on January 9, 1856. One of four sisters, Reese remained in the Baltimore area throughout her lifetime. After attending public schools, which Reese supplemented with a voracious appetite for classic English literature, she secured a position as a teacher at Saint John's Parish School in 1873. In June 1874, she published her first poem “The Deserted House,” in Southern Magazine. Although the poem lacked the skill of her later work, Reese established the themes and style for which she would be known: a solemn tone, the theme of eternal nature juxtaposed against the decay of society, the personification of nature, the simple and efficient use of language, and a brevity of description. During the next thirteen years Reese continued to write and publish in magazines such as the Atlantic Monthly, Harper's Monthly and Scribner's. In 1887 Reese used her own funds to publish her first collection of poems, A Branch of May. She sent copies of the work to such noted critics as Thomas Wentworth Higginson, William Dean Howells, and Edmund Clarence Stedman, who would become an influential figure in her career. Critics responded enthusiastically to her short, straightforward poetry which differed from the heavy, grandiose verse of the Victorians. Reese was able to publish her second volume of poetry with Houghton Mifflin in 1891. Upon the publication of her third collection in 1896, Reese had established herself as a noteworthy poet in America and England. After teaching in the Baltimore public schools for forty-five years while concurrently pursuing a writing career, Reese retired in 1921 and devoted more of her time to writing. Before her death in 1935 she published five more collections of poetry and wrote two works of childhood recollections. After her death a final volume of poetry, The Old House in the Country, was published in 1936.

Reese published eleven works of poetry, spanning from her first self-published collection A Branch of May in 1887 to her posthumously published The Old House in the Country in 1936. Although she acquired greater skill throughout her career and experimented somewhat with form, her work is generally uniform in style, voice, tone, and content. Reese rejected social commentary and observations on modernity and industrialization, instead focusing on aspects of nature and life which she had witnessed in her quiet rural surroundings in Waverly. She chose such subjects as death, religion, and pastoral scenes. In 1909 she published A Wayside Lute, which contained her best known and most highly regarded poem, the sonnet “Tears.” Reese primarily wrote short, rhymed, metered verse, often employing the sonnet form. She was known and admired for her concise voice and unsentimental tone which differed from the earlier Victorian poets and gave her poetry a distinctly modern air. In 1927 she published Little Henrietta, a collection of thirty-nine short poems that narrate the story of her cousin Henrietta Matilda. This work constitutes her only unrhymed poetry.

During her lifetime Reese enjoyed popularity from critics and the public alike, encountering little difficulty publishing her poetry. Although critics agreed that she was among the minor poets of her age, the publication of each of her volumes was met with favorable reviews. However, Reese's popularity did not sustain past her death. Although her works are still included in anthologies and scholars, have conceded her role as a transitional figure in American poetry, little new critical scholarship has been written about Reese in the second half of the twentieth century. During her lifetime such reviewers as Genevieve Taggard, Louis Untermeyer, and Carlin T. Kindilien compared Reese's writing to Emily Dickinson's poetry, although each noted that Reese failed to achieve the sharpness and skill of Dickinson. Kindilien observed, “Like Emily Dickinson, Lizette Reese turned from the American scene and wrote a personal poetry that analyzed universals, but, unlike the Amherst poet, she was not to receive the critical attention that would have made known her achievement.” Other critics have compared her writing with that of Robert Herrick and Edna St. Vincent Millay. Reviewers have praised her brevity, concision, phrasing, and restraint. Though her tone was nostalgic and her subject matter often somber, commentators have noted that through her sincerity and simplicity Reese's poetry never sounded sentimental. However, Mark Van Doren has argued that her poetry “lack[ed] original salt” and Louise Bogan has despaired the absence of intellectuality and range in Reese's work. 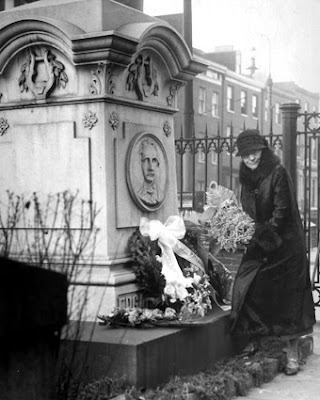